Democratic Socialism Is What the World Needs 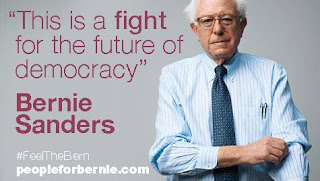 We need to come from a place of empathic understanding that we are one human race, one species infinitely interconnected and sprawled out among the Earth.  We share the earth’s recourse and because of life’s physical requirements our fear of not having enough, tied together with an egoic perspective that see’s that our own wellbeing as more important than anything else, we have created a race to the bottom.  We fear that someone is coming after what we have, our job, our money.  It is this fear that forces us to live in a way that thwarts social and personal evolution.  A society that has most of its expressions – its culture, norms, and the way it organizes through government – based in this under lying fear will not solve the crises facing humanity.  However, if society expressed it self with a great sense of empathy, love, understanding, and acceptance, we would easily confront the biggest problems facing humanity.

Our actions are directed by two emotions – love and fear.  The choice is ours, both as individuals and as a collective society, to choose which of these two emotions to lead our thoughts and actions.  Today if we are to organize a political movement that can re-invigorate a society to rise up and solve humanities greatest challenges – poverty, famine, clean sustainable energy, climate change and environmental degradation, over population, and other local challenges like education and access to health care, we need a movement that molds policy and society in a way to tackle these issues.

Democratic socialism in America is part of the solution.  In its foundation it seeks to galvanize a compassionate movement that sees that it is not just our own self that we need to care for, but our fellow man.  We will try our best to eradicate war, poverty, environmental destruction, and economic enslavement to elite run institutions.  If we do not we do not stand a chance to thrive on this planet as a society – and our existence teeters on the brink of inevitable extinction.

A reason why some may see Democratic Socialist as extreme is because these folks see that the world now is in extreme shape, and Democratic socialists know that the status quo is not the solution.  democratic socialists are unafraid to go into uncharted waters to progress society in a way that it needs to to ensure its own survival.  For those that do not see the urgency of the situation, that there is a degree of apathy that has over taken them –the distractions of society and our own egos have disabled us from being more sensitive to the reality as it really is.

Democratic Socialism is an ideology.  It is a sane pathway forward that is voted upon democratically.  What we need now is to organize to shape a more evolved society, to enlighten people to reality, and make the changes needed to survive justly on this planet.  Simply put, the democratic socialist movement is a movement for people to rise up against what has enslaved us, and compassionately direct legislation so that policy reflects the objective truth – that all human beings have the right to be educated and have health care, and to have just economic opportunity.

Capitalism as it is today is a form of institutionalized fascism.  Elite controlled institutions have taken increasing control over our lives.  An “inherent” scarcity built into our banking systems and modes of distribution is a product of our current system.  The 0.01% buy elections, politicians, and our democracy.  Democratic Socialism sees this and is moved to change our society so that these imbalances move towards something more harmonious.  There will always be some with more than others.  You can observe similar patterns in nature.  However, a smaller and smaller portion of our society hoards more and more while an increasing pool of people increase to struggle and become poorer in our country and in much of the world.  This perverse imbalance, the same imbalance that is destroying our Earth is not sustainable.  A Democratic Socialist sees the truth and seeks to change it.

Today, the democratic party tied to large donor money will not be able to foster the passion needed to galvanize a movement to solve the major issues before us.  They are separated from the masses of people, and this is one of the reasons that voter turnout in America is so low.  The establishment party further alienates the populous.  The republican party has become the party which perpetuates the goals of the oligarchy while the democratic party at best compromises with elite and at worst sustains their desires by compromising with the republican party.  However, and thankfully, the democratic party is split into two major factions right now.  One of the groups is open to the democratic socialist movement and were inspired by the Bernie Sanders campaign.  They see the wisdom in this way of thinking.  They are not afraid of change, but rather are motivated out of an intense sensitivity to the ills of society.  They desire to see society progress towards a future that sees that the needs of the society are equal to the needs of the individual – and that in actuality the two are two sides of the same coin.  These people see that their own physical, psychological, and long term economic needs are inherently tied to the health of society as a whole – as well as the health of the Earth.

The problem is power will not let go of its power.  The powerful will do all that they can to ensure that they keep their thrones.  They would even go to the extent to make sure war is perpetuated throughout the world – to ensure their arms deals and military contracts – they will ensure that we continue to use fossil fuels so that big oil stays in control of how we consume energy as a society. – no matter the consequences. The bankers fund these pursuits, collect interest, hold the greatest share, and riddle much of the world in debt so that they remain powerless.  This 0.01% of the population holds the reigns and manipulates the system to the best of their ability through sustaining cognitive divides between people – “democratic/republican” – “white/black” – “Christian/Muslim, on and on.

A conscious person will see that these are ultimately illusions that we cling to as ways to identify ourselves and find some meaning in life – However the truest fact of all of life is that life itself transcends all of these cognitive associations and cannot be bound by them.  The conscious person will see how insane we have become as a society and hope for a better way.  They will see how insane the ego has become and to what great lengths people will take to ensure their sustained level in whatever hierarchy they believe themselves to belong to.

Thankfully we have an opportunity before us to move into a more evolved society.  But we must ensure that we see the truth that we are one human organism on a living planet – and we must act in a way that sustains our existence.  When we hold the health of society as equal to our own we may be “socialist” – but a conscious person will know that these must be chosen collectively in order for it to be effective, sustained, and meaningful.  And that is where the movement of democratic socialism has its place.

This does not mean that we need to throw away the system as it is.  Call today’s system in America what you will.  But names and titles are just that.  But we simply need to act in away that addresses the needs of our society and our world so that we can build a more evolved society that can sustain itself on this planet.

Think of it this way.  There are 3 types of people on a beach.  Those that throw their litter on the sand and leave it, those that ignore the trash, but try not to make things worse, and those that pick up after those folks that through their trash on the ground.  Democratic socialists are the later, complacent people are those in the middle, and the entitled and selfish are the former.